SuperPole 101: Do I Need Screws to Secure My Ceiling Plate?

Yes—most of the time you can install a SuperPole System without screws. This is because it secures in place with a pressure fit (aka. jack screw extension).

As we explain in HealthCraft SuperPole 101 Part 1:

“Using a jack extension screw at the base of the pole, you’re able to increase or decrease [the SuperPole’s] height to create a snug, secure fit between the floor and the ceiling.

This simple mechanism is so strong that in most cases, the SuperPole doesn’t require any drilling or screws to be installed.”

Then why are there screw holes in the ceiling plate? 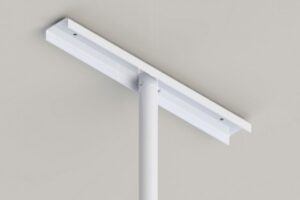 While optional in most cases, screwing the ceiling plate of your SuperPole into a ceiling joist provides added security, particularly against lateral (sideways) movement.

While unlikely, if you’re worried about knocking your SuperPole sideways, adding screws to the ceiling plate should give you peace of mind. That said, there are a few cases where screws are necessary.

When do I need to use screws in the ceiling plate? 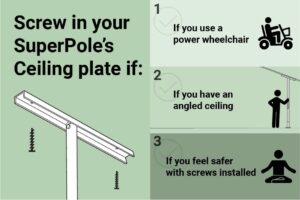 If you use a power wheelchair

While it’s unlikely that a person could knock a properly installed SuperPole out of place, a motorized piece of mobility equipment is a different story.

Power wheelchairs can be quite heavy, so the dynamic force of one hitting a SuperPole sideways near the bottom could be enough to knock it out of place. If you use this type of mobility device or are concerned about aggressive use, we recommend using screws to install your SuperPole.

If you have an angled ceiling

Installing a SuperPole under an angled ceiling requires an additional piece of hardware called an Angled Ceiling Plate. This hardware needs to be screwed into a ceiling joist. 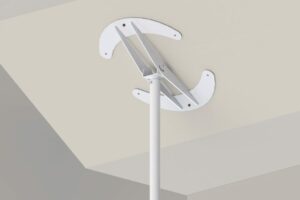 If you feel safer screwing it in

The SuperPole System appeals to many people for its easy installation, and in most cases, it truly doesn’t need to be screwed in. That being said, if adding a few screws to your SuperPole will give you peace of mind—you should do it.

We hope this article has helped you determine whether or not you need to install your SuperPole with screws.

If you have additional questions about the SuperPole System, check out the other articles in our HealthCraft SuperPole 101 series (Part 1: Most-Asked Questions, Part 2: Before You Buy, Part 3: Installation & Assembly) or reach out to us directly. 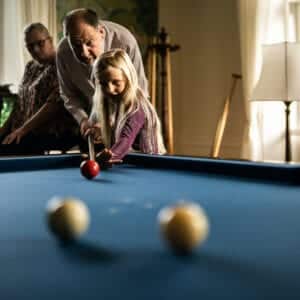 The Importance of Universal Design

What is the purpose of this article? One of our long-term goals at HealthCraft Group is to change the conversation around fall prevention and reduce the stigma of aging, disability, and home safety in general. As both an engineer, occupational…
Read More 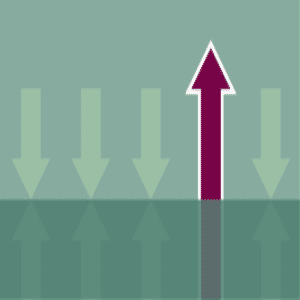 A Paradigm shift is a fundamental change in approach. Wearing helmets on bicycles. Wearing life jackets on boats. Seat belts in cars. The one thing in common is that these were never the “norm” until perception, or laws, changed. Now…
Read More 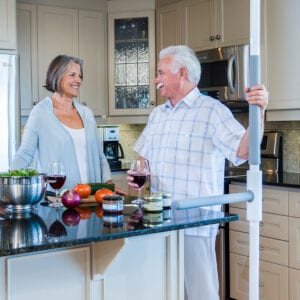 What does the HealthCraft SuperPole Do? HealthCraft’s popular SuperPole is a floor-to-ceiling pole that can help reduce the risk of falling for people with reduced mobility. By providing support for balancing and transfers, it allows people to move around their…
Read More